Fang's Blog is still online, but many of the images used in the earliest posts were hosted on maximumride.com. They no longer appear in the live version of the site, but by using the Wayback Machine I was able to recover a few of them. Two of them are stills from the third X-Men movie, The Last Stand; the others were created for the blog.

These images were all associated with posts made in 2005 - 2006. All the images are thumbnailed; click to view them full-size. I've added brief descriptions / transcriptions that appear following each image. 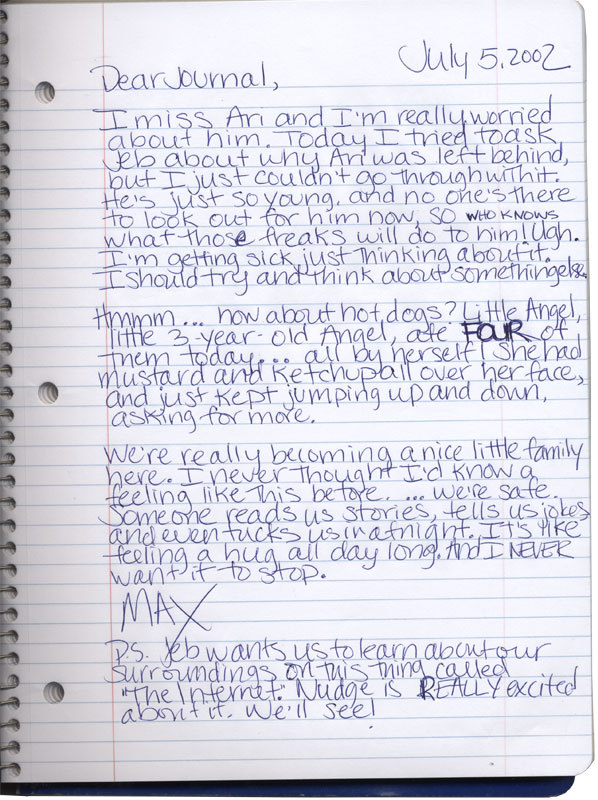 I miss Ari and I’m really worried about him. Today I tried to ask Jeb about why Ari was left behind, but I just couldn’t go through with it. He’s just so young, and no one’s there to look out for him now, so who knows what those freaks will do to him! Ugh. I’m getting sick, just thinking about it. I should try and think about something else.

Hmmm… how about hot dogs? Little Angel, little 3-year-old Angel, ate FOUR of them today… all by herself! She had mustard and ketchup all over her face, and just kept jumping up and down, asking for more.

We’re really becoming a nice little family here. I never thought I’d know a feeling like this before. …we’re safe. Someone reads us stories, tells us jokes, and even tucks us in at night. It’s like feeling a hug all day long. And I NEVER want it to stop.

P.S. Jeb wants us to learn about our surroundings on this thing called “The Internet.” Nudge is REALLY excited about it. We’ll see! 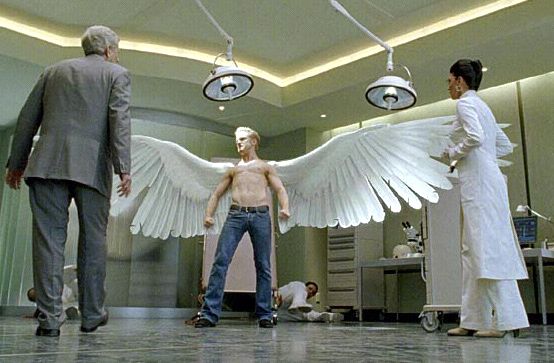 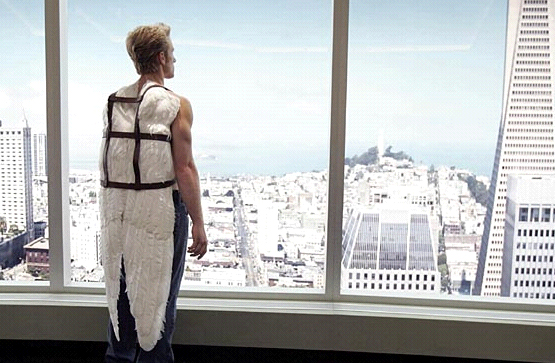 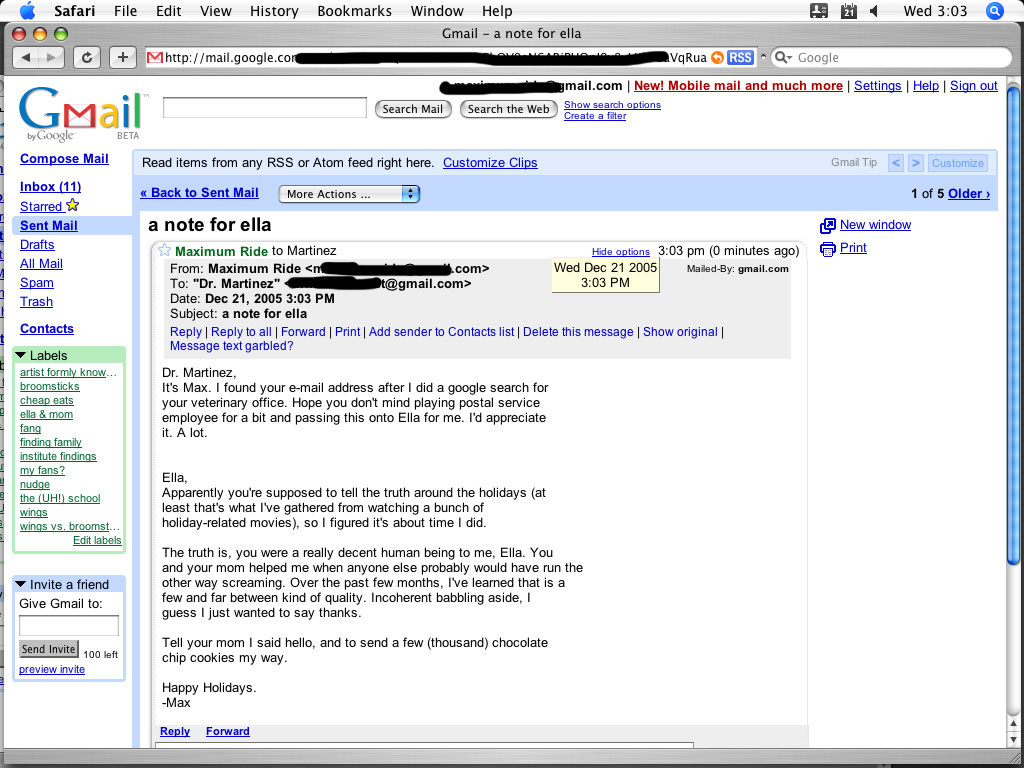 A screen capture of a Gmail account. We're looking at an email in their Sent Mail folder.

Dr. Martinez
It's Max. I found your e-mail address after I did a google search for your veterinary office. Hope you don't mind playing postal service employee for a bit and passing this onto Ella for me. I'd appreciate it. A lot.

Ella,
Apparently you're supposed to tell the truth around the holidays (at least that's what I've gathered from watching a bunch of holiday-related movies), so I figured it's about time I did.

The truth is, you were a really decent human being to me, Ella. You and your mom helped me when anyone else probably would have run the other way screaming. Over the past few months, I've learned that is a few and far between kind of quality. Incoherent babbling aside, I guess I just wanted to say thanks.

Tell your mom I said hello, and to send a few (thousand) chocolate chip cookies my way. 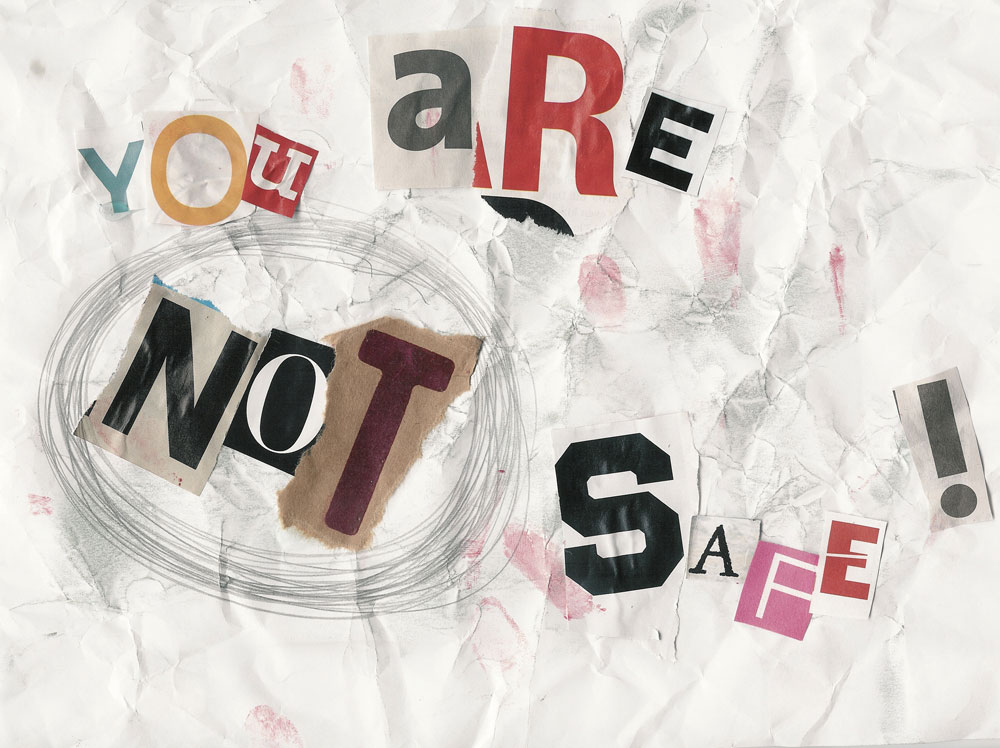 A message written with letters clipped from magazines. It reads "You are not safe!" Posted 9 March 2006. Entry title: "Special delivery.". 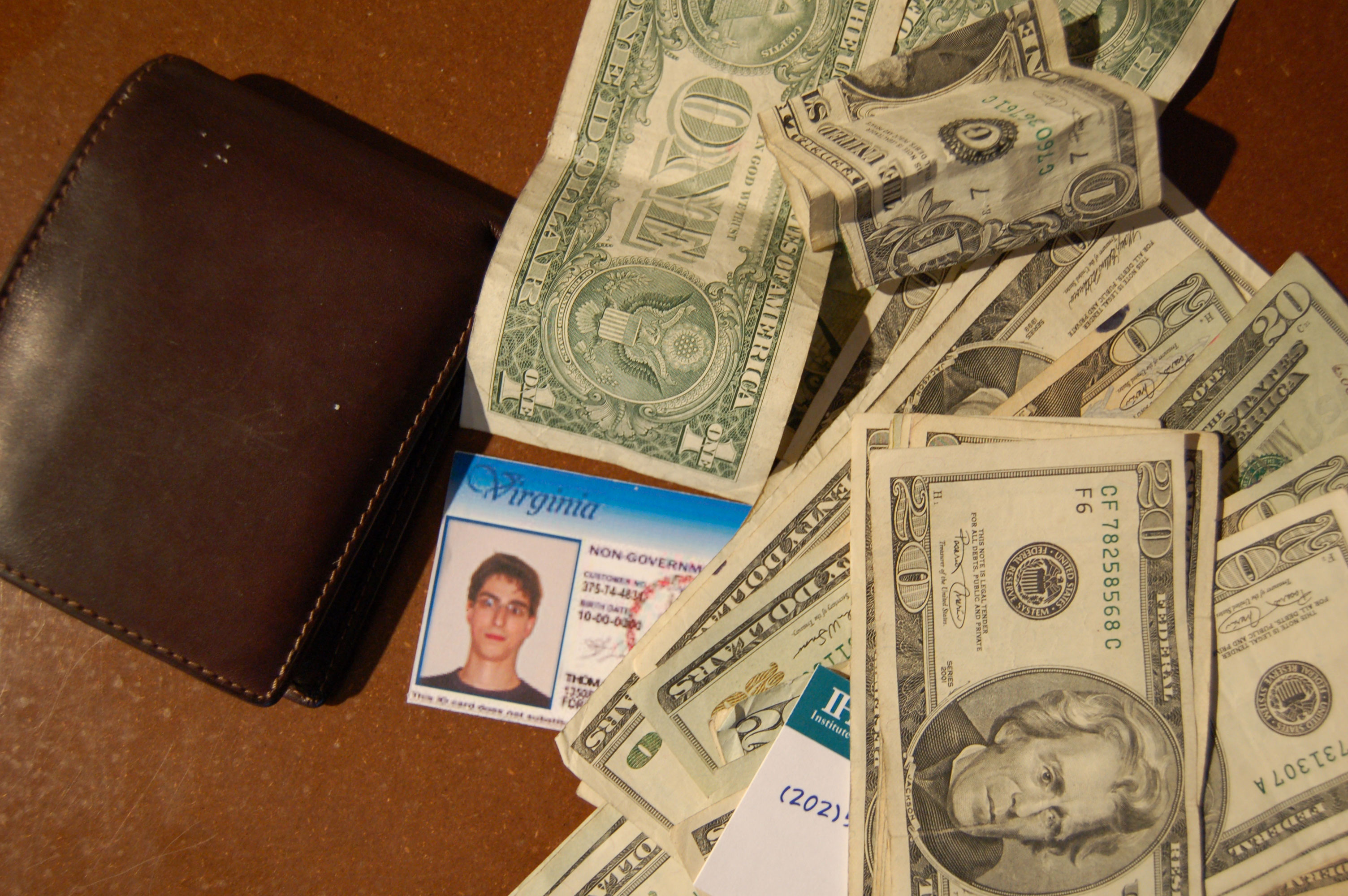 A brown leather wallet on a table next to a mixture of crumpled cash and two partly-visible cards. One is a Virginia non-governmental ID card with a photograph of a mid-20s man. The first name, Thom, is visible, as is the customer number, 375-74-4834, but the birth date appears as 10-00-0300. Also partly visible is the corner of a business card for the Institute of Higher Aeronautics. There's a block of turquoise at the top of this card, and "Institute", the only visible text, is printed in white. Below, on the body of the card, a phone number has been written in blue ink, but all that's visible is (202) 5. 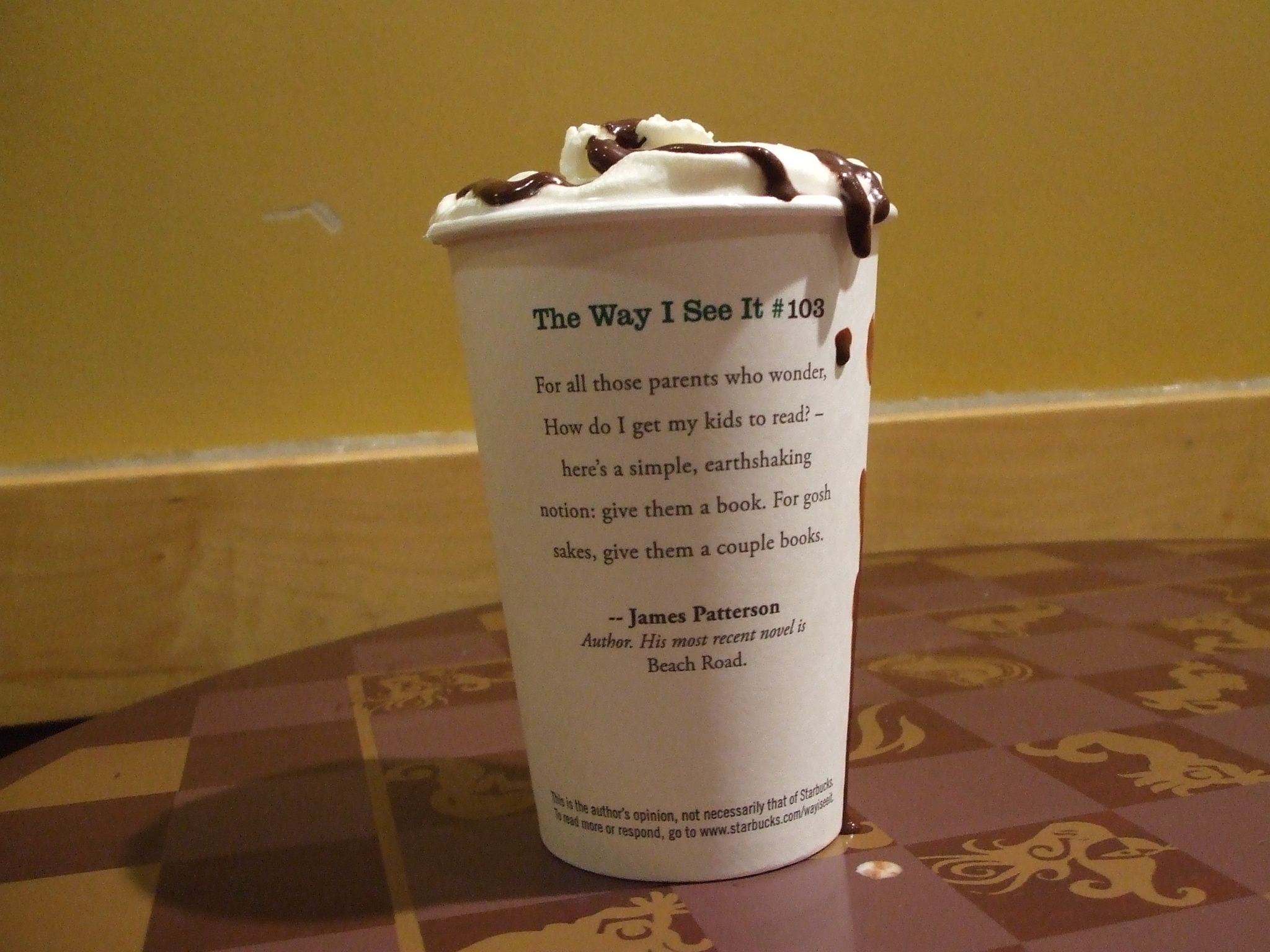 A Starbucks cup sitting on a table. Whipped cream and chocolate syrup overflow the top and drip down the side. On the side is printed the following message: The Way I See It #103. For all those parents who wonder, How do I get my kids to read? -- here's a simple, earthshaking notion: give them a book. For gosh sakes, give them a couple books. -- James Patterson. Author. His most recent novel is Beach Road.

...or check out more materials created by the Concept Farm.